The number of international new energy vehicles has suddenly increased, allowing autonomous car companies to achieve a lot of uncertainties in cornering overtaking.

Soldiers under the city

Foreign automakers with the highest sales of new energy vehicles in the world have entered the Guangzhou Auto Show. At this year's auto show, Nissan released the "zero-emission" SUV electric TeRRA concept car. Nissan, which is leading the pure electric technology, is accelerating the layout of new energy vehicles in China. Dongfeng Nissan officially launched the "i3 plan", from Zhixing Technology and Zhizhi The three dimensions of quality and intellectual experience are laid out in the future. Among them, in intelligent technology, advanced automatic driving, new energy technology and intelligent interconnection technology are introduced in stages. BMW, the top five global new energy vehicle, launched the new MINICOUNTRYMAN plug-in hybrid in Asia at the Guangzhou Auto Show. The Volkswagen ID electric concept car with a cruising range of 400~600 km also ushered in the first show in Asia at the Guangzhou Auto Show. Volkswagen has announced that it will launch a new generation of electric vehicle product series containing about 10 models in the Chinese market from 2020 to 2025. Renault and Mitsubishi, which have strong technologies in the field of new energy vehicles, are waiting to be ready for China. Recently, Lou Lan, senior vice president of Renault Group's China business district, is preparing to introduce Renault's new energy technologies and products into China. 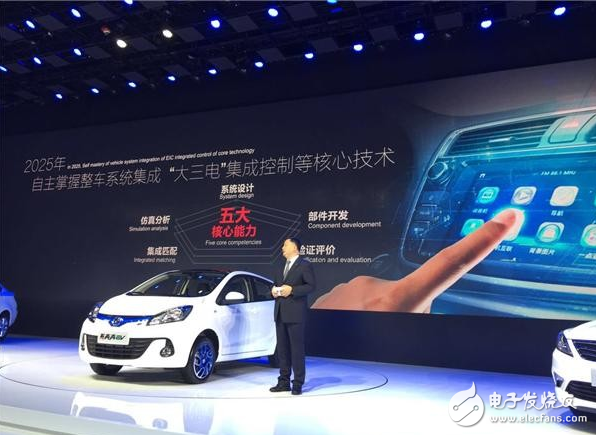 Changan Automobile, the leader of its own brand, has begun to accelerate the pace of new energy vehicles in addition to its continued efforts in the field of fuel vehicles. At the Guangzhou Auto Show, Changan Automobile launched the Changan CS95 model to consolidate its position in the fuel vehicle field and achieve brand up. On the other hand, it released three new energy vehicles, the world's first mass-production model with 48V hybrid technology. The dynamic blue version, the pure electric car new Benben EV and the pure electric car Xinyi EV have become the most aggressive autonomous car companies in the new energy field at the Guangzhou Auto Show.

Zhu Huarong, president of Changan Automobile, said that since 2001, Changan Automobile has started to launch new energy research and development projects, and has invested more than 1 billion yuan. Each year, 5% of the marketing amount is invested in research and development, including technical investment in new energy and smart driving. Changan Automobile's planning for new energy is very clear. It will introduce 24 new new energy products to the market in the next ten years, including 13 pure electric products and 11 plug-in hybrid products. By 2020, the cumulative sales volume of Changan New Energy Vehicles will reach 600,000 units. By 2025, the cumulative sales volume will exceed 4 million units, occupying six major categories of households, rental leasing, and urban logistics, including cars, SUVs, MPVs, trucks, and so on. Five types of vans, new energy vehicles will account for 40% of Changan's total sales, and strive to rank the top three in the industry. 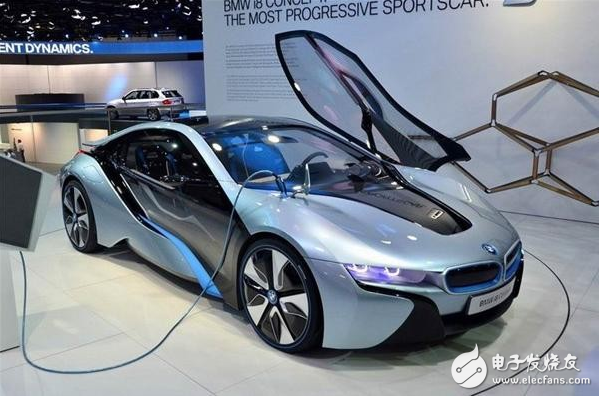 At present, there are two types of new energy vehicles in the world. One is like Tesla and BMW. The new brand is developing pure electric vehicles. In addition, the vast majority are based on the modification and transformation of the power system on the basis of the traditional fuel vehicle. Wang Xia, president of the Automotive Industry Branch of the China Council for the Promotion of International Trade, said at the 2016 Guangzhou International Electric Vehicle Industry Summit: "In the traditional fuel vehicle, we recognize that there is a gap with the world, and in the case of electric vehicles, we often emphasize us. The advantage of the latecomer and the overtaking of the curve, but we do not have the first-mover advantage in many core technologies, there is also a gap. Electric cars have their own core technology and problems need us to overcome, especially the battery, motor, electronic control. If not A breakthrough will inevitably lead us back to the old market for technology. We need to integrate the superior resources of the world's technology, from relying on policy subsidies to relying on technological breakthroughs, cost advantages and model innovation."

Lu Qun, the chairman of the future car that just got the domestic new energy vehicle production license, also said that in today's background of new energy and the Internet, the curve does appear, but if you can't keep up on the straight, it won't There is the ability and possibility of overtaking in a corner. "First of all, we have to solve the problem of not being able to keep up with the straight track, the basic performance of the car, the basic driving safety, the basic driving pleasure, the basic quality and reliability can be done well enough, first on the straight road with the multinational car companies Itâ€™s just as good to talk about overtaking in a corner.â€ Lu Qun thinks so.

Before the attack of international auto companies, some auto companies have been working hard. Zhang Guozhen, an expert in the equipment department of the Ministry of Industry and Information Technology, recently pointed out that the technical level of domestic new energy vehicles has improved significantly. The energy density of lithium-ion batteries has increased 1.5 times compared with 2012, and the system price has dropped by more than 50%.

BYD President Wang Chuanfu said in an interview this year that he is not afraid to engage with international auto giants in the field of new energy vehicles. Due to the early layout, BYD's battery, motor and electronic control are no less than international auto giants and even some technologies are leading, and now Some market scale effects will help BYD technology development speed and reduce costs.

When it comes to international auto companies to compete in some new energy technologies, their own brands are not inferior. Tan Benhong, deputy dean of Changan Automobile Research Institute, said that Changanâ€™s 48V hybrid technology launched by European component companies is a very popular technology in Europe. Volkswagen and Audi are doing such technology, and their related cars in Europe. The product is also about to be mass-produced. According to the information Changan has, Changan should be said to be in the front, especially in the Chinese market.

However, the current stage of China's new energy vehicle market is a policy-driven market. It is also like the â€œbabyâ€ stage. Many independent auto companies rely heavily on policy subsidies to â€œbreastfeedâ€, even though they win at the starting line in the domestic market, but The contest will be â€œweanedâ€ after the autonomous car company. Since 2020, new energy subsidies may face cancellation, and whether auto companies can finally achieve cornering overtaking will be answered by the market.