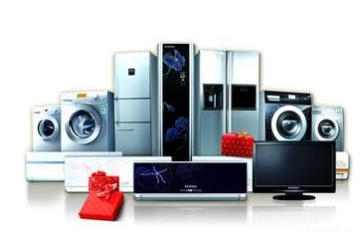 In the first half of 2013, the proportion of general trade exports accounted for 48.9%, which was an increase of 3% compared with 2012. There is a slight increase in the proportion of major brands in the world's home appliance brands, but the percentage of private home appliance export brands is still relatively low, at about 20%, especially for major home appliance markets such as Europe and the United States. Most of them are OEM trades, trade structures. The pace of upgrading is relatively slow.

After the financial crisis, my exporting enterprises increased their efforts in the development of emerging markets. Despite the continuing sluggish consumer demand in major home appliance markets such as Europe, the annual compound annual growth rate of exports of household electrical appliances from 2008 to 2012 remained above 8%. The outbreak of the European debt crisis in 2011 caused a sharp decline in sales in the European market. On the other hand, the global economic downturn also led to a decline in the growth rate of exports to emerging markets. In 2012, the growth rate of home appliance exports fell by nearly 20 percentage points compared to 2011, and was 6.7. %.

In 2013, the domestic household appliance industryâ€™s incentive policies were fully withdrawn, objectively improving the dependence on the companyâ€™s foreign sales market, but the consumer demand in the worldâ€™s home appliance market was still slowly recovering, and the sluggish external demand continued to lower the export situation in the first half of the year. In the second half of the year, the introduction of a number of trade facilitation policies will ease part of the operating burden on exporting companies, and the export situation will be eased. It is expected that the annual export of home appliances will exceed 60 billion U.S. dollars in 2013, and the export growth rate will be higher than 2012. With a slight increase of 2 to 3 percentage points, it is unlikely that there will be a large rebound.

Export situation of small household appliances differentiated from January to June 2013. Affected by the sluggish sales in major markets, the export volume of all major electrical products grew weakly. Air conditioners exported 32.4 million units, an increase of 3.4% over the same period of last year; refrigerator products (including refrigerators) Exports of 17.69 million units were up 4% year-on-year, while exports of washing machines dropped by 15.4% year-on-year to 8.92 million units. In 2012, the export of washing machines grew too fast, overdrawn some of this year's markets, and coupled with the sharp decline in the European market, the overall decline in exports was greater. Affected by the population and the economy, the new major demand in the world's major home appliances markets has significantly weakened. The growth only comes from the upgrading and upgrading of products, and the capacity is limited. Therefore, the growth rate of exports has always been low.

Home appliance exports to Japan declined <br> <br> Europe is the main market my home appliance exports, the share of more than 4 percent. In the first half of 2013, the recovery momentum of the US market slowed down and the growth rate fell by 5 percentage points. The U.S. consumer confidence index fell to 80.3 in July from the five-year high of 82.1 in June, which was more than expected, and the economy and consumption are not. Increased certainty. From January to June 2013, I exported 6.75 billion U.S. dollars to North America, an increase of 9.7% year-on-year. Among them, the export volume of washing machines increased by 63.9% over the same period of last year. The growth was mainly from foreign-funded enterprises. The induction cooker still maintained rapid growth, and the export volume increased by 469% year-on-year. The export volume of air conditioners, microwave ovens, vacuum cleaners, rice cookers, coffee makers, bread broilers and razors declined to varying degrees.

The European market rebounded slightly and ended the downward trend. The major markets of Germany, the United Kingdom and Italy all had different degrees of growth. From January to June 2013, I exported 7.29 billion U.S. dollars to Europe, a year-on-year increase of 5.7%, of which exports to the EU grew by 5.8%. Exports of major household appliances to Europe remained difficult to see improvement. Air-conditioner exports fell by 14.5% year-on-year, and washing machines fell by 31.5%. Most of the small household appliances began to rebound, but the increase was limited.

Japan is the largest market for my home appliances except the US, Europe and the United States. It is also my largest export market in Asia. I export 90% of Japan to the processing trade and has maintained steady growth over the years. In 2013, the Japanese domestic market did not sell well, and Japanese brandsâ€™ global share gradually declined. At the same time, Japanese companies shifted some of their production capacity in China to Southeast Asian countries with lower labor costs. Three reasons led to a decline in exports to Japan. In 2013, 1~ In June, I paid 3.77 billion U.S. dollars, a year-on-year decrease of 4.4%, and the volume of major home appliance exports to Japan declined.

The Middle East region includes emerging markets such as West Asia and North Africa. In recent years, the political situation has been stable and the economy has recovered. This is the main growth point for Chinaâ€™s home appliance exports. From January to June, I exported 19.9%, 16.9%, and 53.5% of home appliance exports to Saudi Arabia, the UAE, and Iraq in the Middle East, respectively. The growth of exports to non-household appliances was also in the North African market. From January to June, my exports to Algeriaâ€™s household electrical appliances increased by 25.9% year-on-year, 65% year-on-year for Libya, and 43% for Tunisia.

In the first half of the year, the two major markets in South America showed encouraging growth, with exports to Brazil up 34% year-on-year, and Argentina up 19.2%, sweeping down the 2012 downturn. In the first half of this year, Brazil introduced a new rule that the importer could not take delivery of the original bill of lading, which increased the business risk of my exporting company.

The growth rate of the ASEAN market has declined in recent years, partly because the worldâ€™s home appliance brands have increased their production distribution in Southeast Asia. On the other hand, my exports to the ASEAN countries such as the Philippines have decreased, which has brought down exports.

Trade Facilitation eased some of the business burdens The introduction of policies such as trade facilitation in early 2012 eased some of the operating burden on my exporting companies. In particular, the newly adjusted â€œInbound and Outbound Commodity Catalogue for Entry-Exit Inspection and Quarantine Institutions Implementing Inspection and Quarantineâ€ clearly clarified that no inspection of export commodities was conducted on 1507 customs commodity codes, including air conditioners, refrigerators, washing machines, and water heaters. , reducing the export burden on the company. In addition, the "three ones" declaration, one inspection, and one release of trials from Guangdong to other seven provinces and districts will also shorten the export cycle of major home appliance exporters.

During the general survey of the industry's leading companies, the Institute of Electrical and Mechanical Engineers understands that the biggest problem that currently plagues home appliance exporters is still â€œthe lack of demand in the international market.â€ The main companies generally believe that the international environment in the second half of the year is â€œgeneralâ€ or â€œbadâ€, and most The company expects that export orders for 2013 will be the same as in 2012, and a few companies are expected to have growth of around 5% to 10%. Followed by the exchange rate and labor issues, the labor gap is still between 10% and 20%.

Trade slow pace of structural adjustment <br> <br> recent years, the share of home appliances in general trade exports increased year by year, but growth is slow, the first half of 2013, exports of general trade accounted for 48.9%, compared with 2012 increased by 3 percentage points . There is a slight increase in the proportion of main brand enterprises in the world's home appliance brands, but the overall export brand ratio of the home appliance industry is still relatively low, at around 20%, especially for major home appliance markets such as Europe and America. The pace of structural upgrading is relatively slow.

The competition in the world home appliance industry is mainly at the brand level. At present, a four-dimensional competition has basically taken shape. Among them, South Korean brands are thriving, Japanese brands are dominating, European and American brands are heavy, and Chinese brands are still energetic. Compared with competitors, the distribution of my products is more extensive, and the market development is more diversified. As a result, there has been a steady increase in the share of imports in the main household appliance market. However, on the other hand, the share of general trade and brand export of my home appliances export industry has been growing slowly. Enterprises lack the core competitiveness that leads the trend of product development, and the pace of upgrading the trade structure of the export industry is still heavy. The introduction of the trade facilitation policy has eased part of the operating burden on exporting companies, but Chinaâ€™s household appliance export industry still lacks effective and effective brand guiding policies.