At present, the shortcomings in the domestic ADAS (Advanced Driver Assistance System) field are pedestrian real-time detection, the recognition rate is less than 70%, and basically has not entered the commercial stage. The main reason is that the technical threshold is high and the algorithm is complex. Chen Mao, founder of Chuanglai Technology, said that the company is engaged in the ADAS business based on automobile front-loading.

Today, automotive anti-collision systems and experimental unmanned vehicles rely on sensors such as radar to detect pedestrians on the road. Engineers from the University of California, San Diego, developed a pedestrian detection system based on visual signals for real-time detection. This video system enables smart cars to detect pedestrians more accurately and at a lower cost.

Vision-based automotive safety systems are still difficult to implement in applications. On the one hand, computer vision algorithms can quickly detect pedestrians on the road, but they are still not mature enough to distinguish between pedestrians and similar objects. On the other hand, machine learning algorithms (also known as deep neural networks) model human brain behavior, researchers can train more discriminative than previous methods, deal with complex pattern recognition, but the processing efficiency is too slow in real-time pedestrian detection. .

Nuno Vasconcelos, a professor of electrical engineering at the University of California, San Diego, and his team's new algorithm, can detect pedestrian changes at speeds of 2 to 4 frames per second, effectively avoiding sudden braking or accidents caused by sudden stops.

The key to this system is that it can identify more complex road conditions. Compared with other similar systems, the algorithm has a system error rate of only half of the former, and the computing power is more prominent, and can predict the movement of pedestrians in the distance. The research team plans to make the system more practical in the future: not only for vehicles, but also for robots, security cameras and other devices.

In the early analysis, the new algorithm started with a relatively simple algorithm, filtered out images of non-pedestrian parts such as the sky, and then carried out more mature deep learning and neural network analysis. Finally, the algorithm was used to detect the accuracy of the object and Complexity.

At present, Google's driverless cars rely on sensors such as radar and lidar to detect pedestrians on the road. If you remove costly equipment such as laser radar (costing $70,000, or about 400,000 yuan), the cost of driverless cars can be reduced and commercialized earlier. 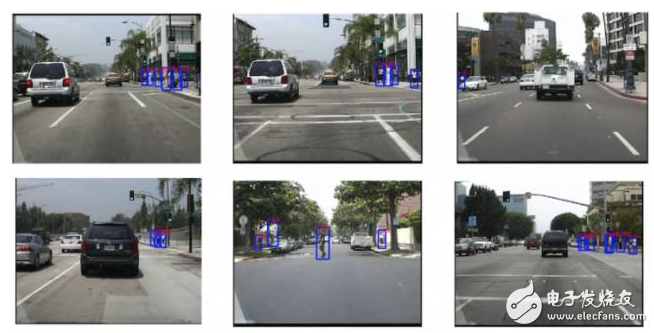 Last year, Google began developing a video-based pedestrian monitoring system that uses a deep learning algorithm that accurately identifies pedestrians on the road in 0.25 seconds. Anelia Angelova, a research scientist at Google in charge of computer vision and machine learning, said, "Visual information can give the car a broader view than radar data, but the whole process is slower." So traditional deep neural network technology The application of pedestrian detection scenarios has been slow.

There are many ways to implement pedestrian recognition. The most popular one is deep learning. There are also algorithms based on pattern recognition in foreign countries, the recognition rate is about 85%, and the recognition rate of deep learning can be more than 90%, which is why the current companies are pursuing it. For the case of a small number of false positives or false negatives during the use of the test, it is caused by road conditions such as backlighting, road surface water reflection, lane marking blurring and the like.

Therefore, car manufacturers are particularly cautious and conservative about car safety: any technology has its weaknesses, and there is no absolutely perfect technology. â€œSelf-driving combines many complementary technologies. When one technology fails, another technology is enabled to detect. The car is technically redundant and backup. This is because in the event of any accident, the owner will only find the car. Manufacturers, not looking for suppliers." Chen Mao explained.