May is about to pass. Recently, some LED companies have announced their listings, some are preparing to invest in new industrial parks, some are in new production plants, some are in cross-border cooperation projects, Others have been resigned, and some have been awarded awards...

"Whenever you change, you will know the time." In June, it is halfway through the middle of the year. I can't help but sigh that the years are like flying, and the original intention of the company or individual to change with the passage of time, everything is to achieve better and higher development. In fact, every step of yesterday will also clearly or implicitly indicate their trajectory of tomorrow.

Today, Xiao Bian compiled the information on the development of many LED companies, and gave them to you at one time. Refused to sit in the sky, why not take a look at the leopard, understand the whole industry, we start with the development history of each stage of individual enterprises. 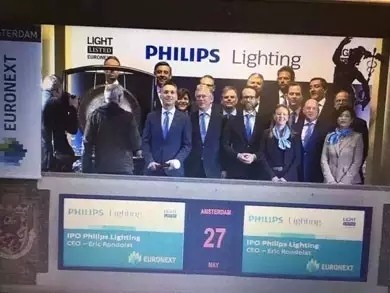 On the 27th, Philips split its 125-year-old lighting business on the Amsterdam Stock Exchange in the Netherlands. The price is close to the lower limit of the target area. The business valuation is 3 billion euros, which is one of the largest IPOs in Europe this year. The group will sell 25% of Philips Lighting at a price of 20 euros per share, which is slightly lower than the median price of the 18.5 to 22.5 euro zone announced last week.

In the early trading of the Euronext Amsterdam, Philips Lighting shares rose 8% to 20 euros (22.36 US dollars). The IPO's target price range is between â‚¬18.50 and â‚¬22.50 per share. This means that Philips has a market value of 3 billion euros and a debt calculation of 4.5 billion euros, making it the world's largest independent lighting manufacturer. After the IPO, Philips plans to sell all of its remaining shares in Feipu Lighting in the next few years.

Philips CEO Wan Hao said that this decision has historical significance for the Dutch company. "We believe the Philips Lighting as a listed entity, as a global market leader will be enhanced in connection LED lighting solutions in the field," he said. "At the same time, Philips will focus on the exciting and and is The rapidly growing medical technology market." 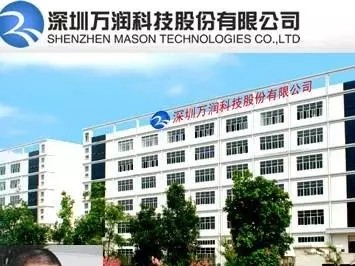 On the 27th, Wanrun Technology announced that the company signed a Project Investment Agreement with the Fuling District People's Government of Chongqing. The company authorized its wholly-owned subsidiary Shenzhen Rishang Optoelectronics Co., Ltd. to invest 100 million yuan in the construction of LED Industrial Park in Fuling District, Chongqing. project. At the same time, LED upstream and downstream supporting enterprises will be introduced to create an LED industrial park integrating R&D, production and international and domestic trade.

The announcement pointed out that the project's overall planning site is to be located in the west of Hefeng Avenue in Fuling New District, north of Juye Avenue, covering an area of â€‹â€‹about 100 mu (based on the actual needs of the project). The specific land use location is marked on the land certificate. The four boundaries and area indicated are subject to change. The project is subject to overall planning and phased construction. It is expected to start construction in early 2017, with a construction period of 2 years. The project construction was solved by Shenzhen Rishang Optoelectronics Co., Ltd. by itself. 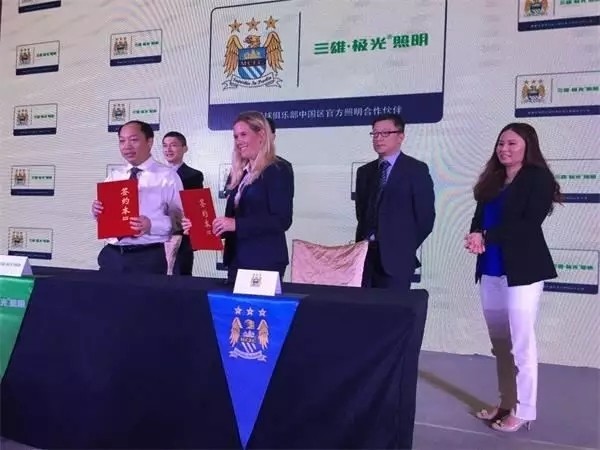 According to reports, as early as 2008, Sanxiong Aurora has become the recommended brand of the 2008 Beijing Olympics project with high-quality products, professional lighting design technology and perfect after-sales service system. The series products are widely used in the National Stadium (Bird's Nest) and the country. More than 10 Olympic venues, such as the conference center and the Olympic hockey stadium, have become the domestic lighting brands with the largest number of Olympic venue construction projects. 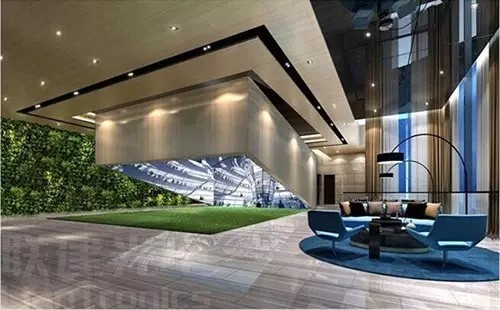 Recently, Lianjian Optoelectronics has created a unique customer experience zone for Wuhan Yuexiu Real Estate with high-end small-pitch LED display in Central China. According to reports, the project uses Lianjian Optoelectronics V2.5 small-pitch LED display with an area of â€‹â€‹115m2. It is installed in the customer experience area of â€‹â€‹the Yuexiu Real Estate Sales Center, which is shaped like an inverted box. The LED display is embedded in the experience area. Four walls, unique in shape and unparalleled visual effects.

In 2011, Yuexiu Real Estate entered the Wuhan market and established the Central China Headquarters â€“ Wuhan Yuexiu Real Estate Development Co., Ltd., and the â€œMillions of Crystal Hall Sales Departmentâ€, which was heavily invested by the company, was praised as the most beautiful sales department in Wuhan. In order to bring the best viewing experience to customers, Wuhan Yuexiu Real Estate teamed up with Optoelectronics to create a top customer experience center in the lobby of the sales center with high-end HD small-pitch LED display.

According to the person in charge of the Lianguang Optoelectronics Project, the customer experience center's creativity is inspired by the international top real estate companies. It uses a radiant LED display to create a customer-oriented experience, with information display, entertainment, reception and sightseeing. The best experience center for all functions. After seeing such a creative and unique experience area, many homebuyers said that this is not only a sensory and profound experience area, but also a modern and design art. 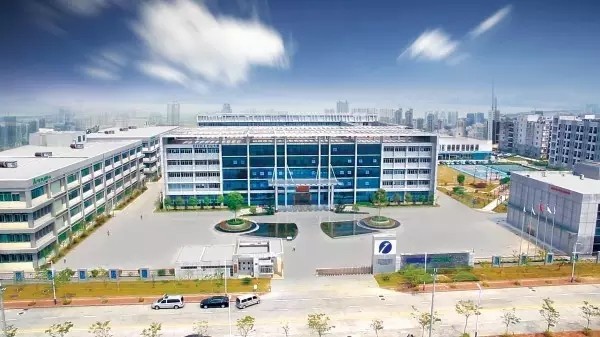 Recently, Hongli Optoelectronics obtained the â€œBusiness Licenseâ€ and â€œNotice of Admission Establishmentâ€ of Guangzhou Hongyi Investment Co., Ltd. (referred to as â€œHongjun Investmentâ€), and the wholly-owned subsidiary was completed. Hongyi Investment provides listed companies with their own funds of RMB 200 million. By investing in timely investment in projects with competitive advantages in the industry, the company can improve the company's ability to integrate business and enhance the company's overall competitiveness.

It is understood that Hongli Optoelectronics relies on the experience of the field of car networking in the past two years. Since this year, it will increase its efforts to actively seek investment projects in the car networking industry through various means and ways to accelerate investment in the car. The layout of the networking industry. The establishment of Hongyi Investment will further promote the landing of quality projects, realize the company's business integration and follow-up experience management on the Internet of Vehicles. 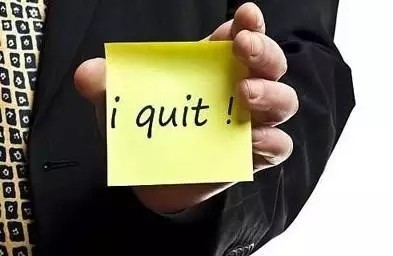 On the evening of the 27th, Qinshang Optoelectronics issued an announcement stating that the board of directors of the company recently received a written resignation request from Mr. Duan Casting, the deputy general manager. According to the announcement, Mr. Duan Zhuan applied for resignation as the deputy general manager of the company for personal reasons, and he will no longer hold any position in the company after resigning. According to the "Company Law", "Guidelines for the Standard Operation of Listed Companies of the SME Board of Shenzhen Stock Exchange" and the "Articles of Association", the resignation report will take effect from the date of delivery to the board of directors.

Coincidentally, Shenzhen Ai Bisen Optoelectronics issued an announcement on the same evening. The board of directors of the company received a written resignation report submitted by Mr. Yuan Jianchuan, a securities affairs representative, on May 27, 2016. Mr. Yuan Jianchuan applied for resignation as a representative of securities affairs for personal reasons. . The above resignation report will take effect from the date of delivery to the Board of Directors. Mr. Yuan Jianchuan will no longer hold any position in the company after he resigns. The announcement also pointed out that as of the date of this announcement, it holds 6,000 shares of the company's equity incentives and will repurchase and cancel the equity incentive shares held by it in accordance with the provisions of the Restricted Stock Incentive Plan.

Sanan Group: Plant lighting factory put into operation at the end of the month 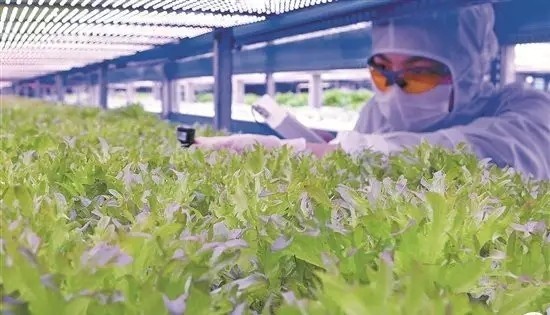 Recently, in the factory of the B1 Phase I project of Zhongke Bio-industrialization Base, workers are busy assembling the cultivation equipment. Through these cultivation equipment, under the regulation of the LED light source, there is no soil, no sunlight, and the fresh and tender vegetables and fruits can flourish. Ye Shitang, head of the Zhongkesan Installation and Maintenance Center, said: "This is a special plant lighting developed by Sanan Optoelectronics for plant growth. The whole equipment is our cultivation equipment. Now it is assembled. After the installation, our factory can in production."

It is understood that in January this year, the plant factory project jointly established by the Institute of Botany of the Chinese Academy of Sciences and Fujian Sanan Group Co., Ltd. settled in Hutou County. After the Zhongke Biological Plant Factory project settled in Hutou County, the project party reconstructed the new factory building by purchasing the old factory building, which not only realized the effective use of resources, but also provided guarantee for speeding up the project construction. The first plant of the B1 Phase I project of Zhongke Bio-industrialization Base has a total area of â€‹â€‹over 9,000 square meters, of which the cultivated area can reach more than 7,000 square meters. At present, the B1 Phase I project of the Zhongke Bio-industrialization Base in the plant factory project will be put into operation at the end of this month, setting aside the wisdom of the â€œplant factoryâ€.

According to the plan, the Zhongke Biological Plant Factory project in Hutou County is planned to invest 7 billion yuan in phases to build a plant factory research institute, a plant factory industrialization base, and a warehouse, marketing, distribution and other systems to build high value-added vegetables and fruits. Plants, flower, Chinese herbal medicine and other plant factory industrialization bases, while using cell culture and extraction technology, extracting plant extracts, producing health care products and medicines, it is expected to generate an annual output value of more than 8 billion yuan after production, which will greatly promote the efficiency of LED technology. It is applied to the production of plant factories and promotes the development of modern agriculture. 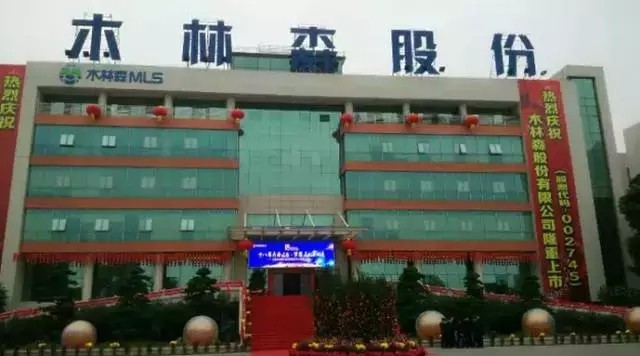 On May 26, Mulinsen disclosed the "Report on the Issuance of Non-public Issuance of Shares and the Announcement of Listing". The total amount of funds raised this time was 2,348,019,983.18 yuan, and all the funds raised were used for Xiaolan SMDLED packaging technology reform project. , Ji'an SMD LED package first phase construction project and Xinyu LED application lighting phase I construction project 3 projects.

Among them, Xiaolan SMDLED packaging technology transformation project plans to use 616 million yuan of raised funds. The first phase of Ji'an SMDLED packaging project is planned to invest 943 million yuan, and another 757 million yuan of funds will be invested in the first phase of Xinyu LED application lighting construction project. According to reports, this issue will not have a major impact on the company's main business structure, the main business is still the development, production and sales of LED packaging and application products, so it will not lead to changes in the company's business and asset integration. 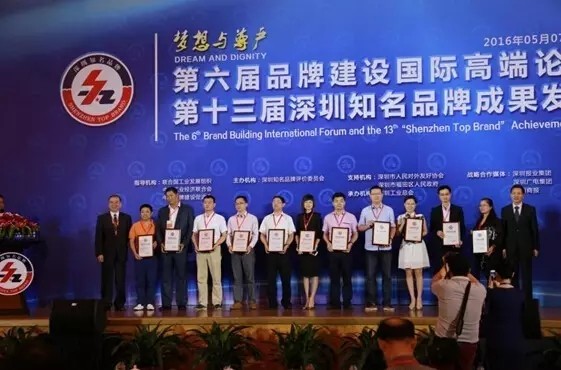 According to reports, the overclocking three brands are not only a mark on the goods, but also a customer's perception of overclocking three companies and products, after-sales service and cultural value, and are intangible assets with economic value. The â€œShenzhen Famous Brandâ€ has been recognized by the government, industry and customers for overclocking three. It also encourages Overclocking 3 to further enhance its brand image and make unremitting efforts to build a global brand.