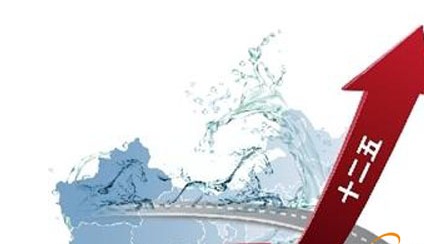 On August 15th, the Shenzhen Municipal Governmentâ€™s executive meeting reviewed and approved in principle the â€œThree-Year Action Plan for Energy Conservation in the Twelfth Five-Year Planâ€ of Shenzhen Public Institutions, which clearly stated that it would fully promote the use of LED lighting fixtures, and announced Shenzhenâ€™s â€œAbandonment Let the time come.

Earlier, Shenzhen Municipal Government announced the repeal of "Shenzhen LED industry development plan (2009-2015)", touched the LED companies are the most vulnerable nerves. The media even pointed out that "this move is reminiscent of the industry being abandoned by the government."

A local lighting industry plan that has been promulgated and implemented for four years. Why does it end its mission in advance? Does this really mean that the government will not support the LED lighting industry? In the interim, there have been many discussions in the industry and the prospects for LED development have been questioned. "Saving energy is not money," "repeated sequelae of carnage," "repeated the mistakes of the photovoltaic industry," and other sayings are frequently reported, the LED industry is shrouded in a pessimistic atmosphere of public opinion.

This time, the Shenzhen Municipal Government reviewed and approved in principle the â€œThree-Year Action Plan for Energy Conservation in the 12th Five-Year Plan of Shenzhen Public Institutions (2013-2015)â€, which will fully promote LED lighting fixtures and officially open the LED New Deal. This is like a dose Focusing on needles, while bringing market opportunities to LED companies, it also injected positive energy into the LED industry.

In 2013, the LED industry entered the critical period of reshuffle development, the increasingly fierce price wars, the issue of the triangle debt that surfaced gradually, the collapse of the billion-dollar LED companies, and frequent outbreaks of quality problems, led the development of LED light sources into the future. Uncertainty in the deadlock.

However, in the game of national economic strategy adjustment, LED has become a heavyweight. In August, the State Council issued the "Opinions on Accelerating the Development of Energy-saving and Environmental Protection Industries," and proposed that the total output value of China's energy-saving and environmental protection industries will reach 4.5 trillion yuan in 2015 and become a new pillar industry for the national economy. The development of the LED industry, but also toward the direction of energy conservation and environmental protection. The release of this policy also indicates the direction of development for the R&D and market of LED production.

Coincidentally, the Shenzhen Municipal Government has adopted a three-year action plan for energy conservation in public institutions to clarify the guiding ideology, overall objectives, major tasks, implementation steps, and safeguard measures for energy conservation in public institutions in Shenzhen. According to the plan, the main tasks for the energy saving work of public agencies in Shenzhen include the implementation of energy-conservation reforms based on contract energy management methods and government investment supplemented by two models; comprehensive promotion of LED lighting fixtures; strengthening of water-saving, fuel-saving, and climate-saving management; Complete the construction of energy consumption supervision platform, try out classification, itemization, and household measurement, and promote the construction of green institutions.

According to statistics from experts, Shenzhen public institutions have a total of more than 3.6 million lamps and lanterns. At present, about 700,000 Bahts have been transformed (or have been tendered), and nearly 3 million Bahts have yet to be modified. In addition, 40,000 of the street lamps under the jurisdiction of the Shenzhen Urban Management Bureau have been listed in the â€œMinsheng Projectâ€ and must be completed by the end of 2013. According to industry analysts, according to Shenzhen's promotion of LED lighting policy, Shenzhen LED industry has a scale of 100 billion yuan. In the past five years, there are nearly 100 billion market spaces each year. Pure lighting will have a market size of 10 billion.

In the process of promotion and application of LED lighting products, due to the development of standards, the development speed of the technology and the price of the products are relatively high, so it is difficult to popularize and apply the LED lighting market. To overcome this bottleneck as soon as possible, we should establish the concept of collaborative innovation and form a collaborative innovation mechanism. At present, the Guangdong Semiconductor Industry Co-Innovation Center has gradually become the driving force behind the development of the LED industry in Shenzhen and even Guangdong Province, and actively cooperates with the government in promoting the application of LED lighting products.

It is reported that the Guangdong Semiconductor Lighting Industry Co-Innovation Center is based on the successful practice of the Provincial Semiconductor Engineering and Innovation Alliance. In accordance with the requirements of substantive operations, the Guangdong Provincial Science and Technology Department took the lead in organizing 22 leading enterprises and research institutes. New LED industry innovation service platform. It adheres to the cross-strategy of strategy, standards, patents, talent, and collaboration, promotes breakthroughs in LED cores and common technologies in the form of alliances, expands the application of LED industry technology innovation, plans the future development trend of the LED industry, and builds a bridge between government and enterprises. .

â€œRegarding these four functional positionings, the Guangdong Semiconductor Lighting Industry Co-Innovation Center has stepped up the construction of eight major public service platforms, including strategic research, standards testing, patent analysis, talent training, financial services, international exchange, and application promotion. Guangdong, Hong Kong, and Taiwan joint innovation agencies, the Guangdong LED to the country, the South China Sea Forum, the establishment of LED talent schools and other ways, effectively establish the 'industrial new accelerator' in the industry. "Shandong Rongrong, director of the Guangdong Semiconductor Lighting Industry Co-Innovation Center, said: Moreover, the Innovation Center actively plays the role of the industry associations and will promote LED lighting products as a concrete measure to actively take on social responsibilities and serve energy-saving and emission-reduction, and will do its utmost to assist the government in promoting LED lighting products.â€

In the absence of the LED lighting product quality standard system, the Guangdong Province Semiconductor Lighting Industry Co-Innovation Center assisted the Science and Technology Department, and strongly cooperated with the Guangdong Semiconductor Light Source Industry Association and other institutions to actively promote the LED lighting product quality evaluation benchmarking system, through the authority testing The key technical indicators of the product are assigned to the score and compared with the benchmark value. According to the principle of competition and selection, the top ranked products are selected, and the recommended catalog for the procurement of benchmark products is prepared for the selection of LED lighting projects to ensure the promotion and application of LED lighting. Quality of products.

At present, in the process of deepening the reform of the administrative system and accelerating the transformation of government functions in China, the new type of innovation alliance represented by the Guangdong Semiconductor Lighting Industry Innovation Center will play an increasingly important role in promoting the industrial development process.